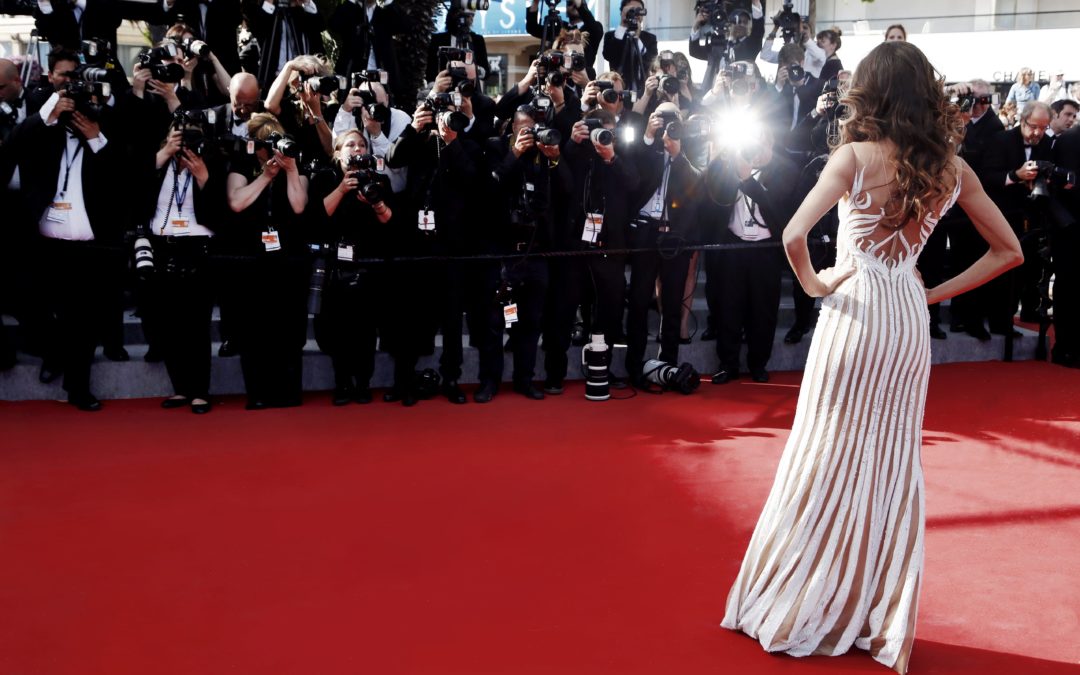 Over the years I’ve certainly been influenced into partaking in my fair share of fashion trends…..

White lace gloves– 1984 – thanks to Madonna’s Like A Virgin video.

Like most people, I looked pretty darned horrific during most of the 80s.

I genuinely believed that I somehow resembled a young, rather chunkier combination of Madonna, Coco from Fame and Prince. I don’t think I was fooling anyone. Had my mother been the person to try to convince me into wearing legwarmers six months BEFORE Fame hit our screens, I certainly would NOT have been as keen to prance about in them as I was. My sister went one step further – breaking both arms while attempting to do a Fame jump off the sofa, but I digress.

All of these disastrous fashion choices were down to the effect that influencers have on our impressionable minds. And, this is something that you should be using as one of your marketing strategies.

Influencers, when they get behind you and back your business, can have an incredibly strong effect on revenue by helping to generate brand awareness or by promoting one of your offerings.

Not only fashion, but holidays, restaurants, gadgets, cars, sportwear, perfume, and hundreds of other categories of things are promoted by influencers, you might not even notice it happening. Influencers might be officially tied to the brand – like Jennifer Anniston promoting hair products, or loosely associated, like Richard Ayoade promoting tech/hotels in his Gadget Man and Travel Man TV shows.

It’s unlikely that you have the kind of marketing budget that can run to contracting Jennifer to promote your business (nor even Richard) but in more ‘real’ terms, there are steps that you can take to make use of this technique in your business.

The first step is research dude, and lots of it. Take to Twitter (or another social media platform if it is more relevant to your audience) and search for the people in your space who are active users and have lots of followers. Maybe not millions of followers, or you will get lost in the huge amounts of requests that those kinds of people receive daily. Anything from 500 – 200,000 is good. Which particular end of that spectrum you aim for will depend on the scale of your business, and the levels of social activity in your industry. Try to find people who are active on social media, happy to promote others and busy engaging with their audience in conversation, rather than just blasting stuff out there.

Create a shortlist of victims and move onto step two.

This is where you start to cosy up to the people on your shortlist. Now. This is VERY important. Don’t go to hard and fast, too soon. This process is a lot like dating. Attempting to be an influencer’s best friend during the course of one afternoon is a) a bit scary for them and b) completely transparent.

Take it slowly. Maybe a post like here, a comment a few days later. A bit of banter the week after. Share one of their posts. Spark up a conversation. Don’t rush in. Just make gentle small talk for as long as it takes to build a relationship with that person. This is all about Know, Like and Trust. Just like a sales relationship, being able to meet in person will speed up the process no end, so attending the same industry event is a good idea. Just don’t come across as a stalker. Hanging around under their bedroom window til they notice you won’t work (too keen).

Eventually (and this could take a while) you’ll be in a position to engage your target in some mutual back-scratching. This could involve one or more of the following activities: share each other’s blog posts. Guest blog for each other. Recommend each other to your lists. Interview each other for a podcast. Go Live together on Facebook. Create a free bonus or video to go alongside that person’s offer. Donate something for a fundraising activity that they are organising. Put something in their event goody bag. Send a regular blogger your product to sample. Create an offer for each other’s lists. Pay a referral fee to that person for business that comes from their list.

It will take time to move through developing the relationship with the seriously influential people in your industry, but it’ll pay back in customers. Give it a go.

Need help researching the influencers in your business? I do this all the time for my clients, and I compile a list to go inside their marketing plan. Get in touch and find out how I can help you.

How Can You Write Copy That Appeals To The Correct Audience For Your Business?

10 Things You Need To Know About Securing PR Coverage for your business.

Looking for something specific?